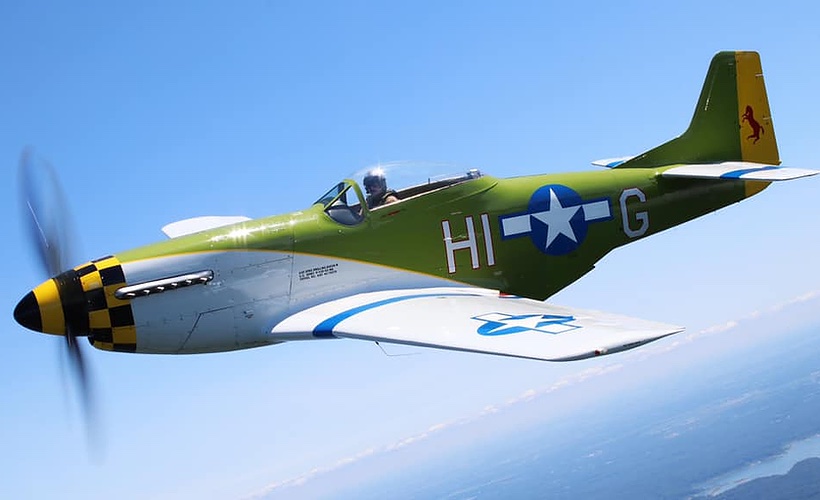 The North American P-51D Mustang, a World War II fighter plane, will be the main attraction at the Lake Cumberland Air Show Aug. 29.

Don Franklin Family of Dealerships and a slate of 18 additional sponsors have come together in support of the community’s first air show in nearly two decades, an event that promises a day full of family fun for automotive and air enthusiasts.

Gates will open for this free community event at 10 a.m. with static displays, helicopter rides, music and food vendors. The air show begins at 1 p.m. and features performances from aircraft like the North American P-51 Mustang, a Dragon Fyre Jet Truck and Biplane, a Taperwing Waco, North American AT-6 Texan and more.

The team organizing the air show has partnered with Luke Carrico, an announcer who has performed for nearly 50 aerial events across the world, including military and civilian air shows. Carrico has worked with all of the major North American military jet teams, single-ship demonstration units, MAJCOMs, and a number of civilian performers and aerobatic teams.

The idea for the event was born from the desire to give the community another event to attract visitors while highlighting the importance of aviation and the airport. SPEDA President and CEO Chris Girdler said the groups involved want to establish Somerset-Pulaski County as a hub for aviation and aerospace, Kentucky’s No. 1 industry, as well as showcase the community’s regional airport.

Girdler said the community has pulled together in an incredible way to support this endeavor.

“We have been so humbled by all of the support we’ve received from sponsors so far,” Girdler said. “We are grateful to the Don Franklin Family of Dealerships for making a significant investment as the presenting sponsor, and to all of those corporate, platinum, gold and silver sponsors who have contributed to make this an incredible event for our community.”

The air show is the perfect complement to an already well-established event in Somerset-Pulaski County: Somernites Cruise. Now in its 21st year, Somernites Cruise draws more than 1,000 classic cars from enthusiasts across the world to downtown Somerset on the fourth Saturday of the month April through October.

Having an airshow that features World War II fighter planes, like the North American P-51 Mustang, makes the partnership with Somernites Cruise even more serendipitous — as August is Ford Mustang month for the cruise.

Limited opportunities will be available for enthusiasts to have photos taken with the star of the show, the North American P-51 Mustang. This World War II fighter plane will be on display for photos from 8:30-10:30 a.m. for those who pre-register. Ford Mustang enthusiasts are able to drive their cars on the tarmac for the photo opportunity as well.

Lake Cumberland Regional Airport Manager Kellie Baker said the airport team is excited to bring an air show to the community after so many years.

“There will be acts and displays for the entire family,” Baker said, “and while there will be a lot in the air to see, we’ll also have a lot of fun activities on the ground too. There is growing excitement surrounding this air show, and we are excited to showcase our beautiful airport to the community.”

Designated, free parking will be available at Coca-Cola, CoreTrans, American Standard Brands and Penske, as well as Somerset Community College. Shuttle service from these parking locations is available, and attendees are encouraged to arrive early.

Baker reminded attendees that they are also encouraged to bring their own lawn chairs, but only those that are fully collapsible will be allowed on shuttle buses. No backpacks, coolers or outside food will be allowed on the air show grounds. A variety of food truck concessions will be available for purchase, she said.

Admission to the Lake Cumberland Air Show is free. Girdler stressed that anyone interested in attending should not purchase tickets from any website claiming to sell tickets on behalf of the event.

For a full list of sponsors, event schedule, parking instructions and pre-registration for photos with the P-51 Mustang, visit lakecumberlandairshow.com.