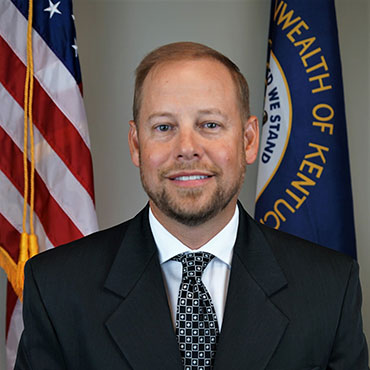 Brook Ping has been a state-certified real estate appraiser for the last 25 years, completing thousands of appraisals on residential, commercial, and industrial properties across Kentucky, and served as an expert witness for the Commonwealth of Kentucky’s Transportation Cabinet.

Over the last several years, Ping has marketed and developed nearly 4,000 acres now owned by the Commonwealth of Kentucky, providing outdoor recreational activities for the residents of this region. Ping has received statewide recognition for his efforts in wildlife management. In 2001 he was named the Wildlife Steward of the Year by the Kentucky Department of Fish and Wildlife Resources and Master Conservationist by the Kentucky Soil and Water Conservation Commission for his work in forestry and wildlife management.

Ping has owned or managed 15 real estate-related companies dedicated to the development and recruitment of businesses to the Lake Cumberland area. During the last 10 years, Ping’s real estate endeavors have spread from Paducah to Pikeville to Cincinnatti, encompassing financial transactions on more than 1,500 properties in 58 counties in Kentucky.

In addition to his business success, Ping is involved in various community and civic activities. 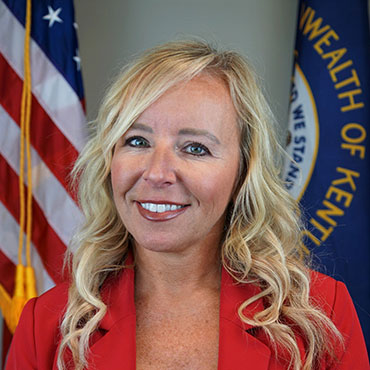 Michelle Allen is the executive director of the Somerset-Pulaski County Convention & Visitors Bureau.

Allen received her bachelor’s degree in broadcasting/communications from Eastern Kentucky University in 2000. She graduated with her Tourism Marketing Professional certificate from South East Tourism Society’s Marketing College at the University of North Georgia in 2005.

Previously, Allen held the position of campus coordinator and regional outreach agent for Eastern Kentucky University, overseeing Pulaski and five adjacent counties. Her long-time career in tourism began with Congressman Hal Rogers’s tourism initiative, Tour Southern and Eastern Kentucky (TOUR SEKY), where she led marketing and economic education for more than 47 counties of the region. Allen was with TOUR SEKY for more than 10 years.

Allen is currently the Smith Travel Report Coordinator for the Kentucky Association of Convention & Visitor’s Bureaus (KACVB), is an active member of the Kentucky Tourism Industry Association (KTIA), and is currently receiving her certification as a Kentucky Tourism Professional from KTIA. She serves on the Citizens National Bank Economic Advisory Committee, Somerset Police Advisory Committee, is a committee member for Kentucky Southern Shorelines and is a member of the Somerset-Pulaski County Chamber of Commerce.

Allen lives in Somerset with her two sons, Spencer and Jensen Lake. 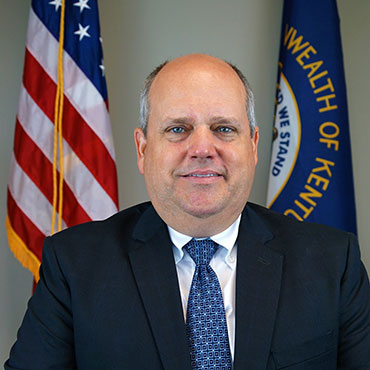 Seth Atwell has more than 28 years of experience in public accounting. He has spent the majority of his career providing tax planning and compliance for individuals and privately held businesses. Atwell has performed a variety of audit and accounting services for clients in both for-profit and non-profit industries and has assisted clients in both federal and state audit examinations.

Atwell received his bachelor of science degree in accounting from the University of Kentucky in 1990, where he was a Frank G. Dickey Fellow. He is currently a member of the American Institute of Certified Public Accountants and Kentucky Society of Certified Public Accountants. In addition, Atwell is Financial Industry Regulatory Authority (FINRA) Series 7 and 66 licensed.

Atwell is a past president of the Somerset-Pulaski County Chamber of Commerce, serves as vice-chair and member of the school board for Somerset Christian School and is a member of Lake Cumberland Regional Hospital’s Board of Trustees. He previously served on the 2017 Economic Advisory Committee for Citizens National Bank, was a past treasurer for the Lake Cumberland Area Chapter of the American Red Cross, and is a graduate of the Somerset-Pulaski County Chamber of Commerce Leadership Program. In addition, Atwell is a lifetime member of the University of Kentucky Alumni Association. 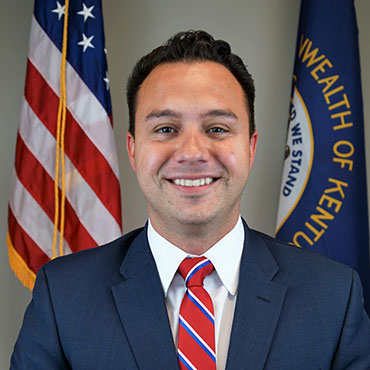 Alan Keck was elected mayor of the City of Somerset in 2018 and is currently serving his first term. Since taking office, Keck has transformed the culture in city hall and has provided record investment in the city’s fire and police departments, with EMS soon to follow. Also underway is the implementation of his vision to revitalize Somerset’s historic downtown.

As a lifelong resident of Somerset, Keck has been greatly involved in local business and civic activities. Prior to being elected mayor, Keck served as president of Somerset Recycling. In addition, he is the founder and principal agent of Keck Sports Management, a professional baseball agency that represents professional athletes. He was one of the youngest independent agents ever to be certified by the Major League Baseball Players Association.

Keck serves as deacon at First Baptist Church where he also teaches Sunday School. He is a 2003 graduate of Somerset High School and a 2007 graduate of Western Kentucky University. He earned his master of business administration in 2014 from the University of the Cumberlands. Keck was a member of the 2017 class of Leadership Kentucky. 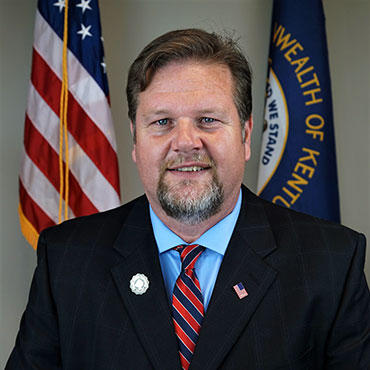 Steve Kelley has served as Pulaski County Judge-Executive since 2015 and has served two terms as Somerset city councilor. He is the owner of Honeybaked Ham Company and Café of Somerset.

Kelley has served on many local charitable and economic advisory boards and coached many local youth sports teams. He is a member at Oak Hill Baptist Church, where he teaches an adult Sunday School class. 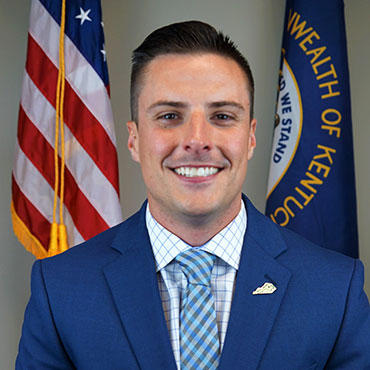 Cody Gibson was born and raised in Somerset, Kentucky. He is the grandson of the late Jerry and Margy Johns, who were both popular educators and well known in local politics, as well as the son of Delynn and Joni Gibson. Gibson’s parents and grandparents both instilled in him the great importance of public service in life.

Gibson graduated from Southwestern High School in 2007 where he was awarded a football scholarship to attend Georgetown College in Georgetown, Kentucky. After attending Georgetown College for three years, and after several knee injuries, Gibson retired from football and shifted his focus to joining the Kentucky Army National Guard. Gibson finished his college career as an ROTC cadet at the University of Kentucky, where he majored in public service and leadership in the College of Agriculture. Gibson attended the Officer Advanced Course at Joint Base Ft. Lewis-McChord, outside of Seattle, Washington, and then returned to the Commonwealth of Kentucky, where he served as a public affairs officer in Charlie Company of the 63rd Theatre Aviation Brigade.

After finishing his time with the Kentucky Army National Guard, Gibson began his career in sales as a territory manager with Coca-Cola in Lexington. After two years with Coca-Cola, he began working in medical device sales in Chicago as an orthopedic corporate sales associate for Orthoifix. He next moved to Columbus, Ohio, to work for Paragon 28, an orthopedic startup company headquartered in Denver. With a desire to move back to his hometown, Gibson returned to Somerset while continuing to work in the medical device sales industry in central and eastern Kentucky.

In addition to pursuing a career in medical sales, Gibson has also pursued his passion for serving the community. Since returning to Somerset, Gibson has been appointed to the Downtown Development and Young Professionals of Lake Cumberland boards of directors. He has been named a Somerset-Pulaski County Chamber of Commerce Ambassador, served as a mentor in the Young Entrepreneurs Academy and is currently the chairman of the advisory board for the SKYHOPE Women’s Recovery Center.

Gibson married his wife, Trista, in 2019. They live in downtown Somerset and are expecting their first child. Together they own and manage a small political consulting firm meant to aide small, local campaigns in their start-up endeavors, messaging and design. 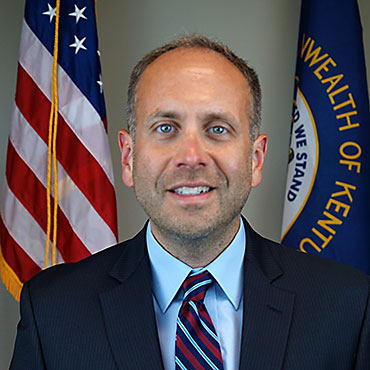 Forrest Spillman has been a mathematics and statistics instructor at Somerset High School since 2000 and currently teaches dual credit and Advanced Placement courses. He has been an Advanced Placement Statistics Reader for the College Board and Educational Testing Service since 2011. Spillman was an adjunct instructor at Somerset Community College from 2003 to 2012 and has acted as a consultant for AdvanceKentucky, an organization devoted to promoting STEM in education throughout the Commonwealth, since 2016. In addition, Spillman is part-owner of his family’s business, Boats-N-Storage.

In addition to his teaching career, Spillman serves on a number of non-profit boards in Somerset including Master Musicians Festival and Lake Cumberland Trail Foundation. An Eagle Scout himself, Spillman also serves on the Lake Cumberland District Boy Scouts of America board of directors.

A lifelong resident of Somerset, Spillman is an avid outdoor hobbyist and enjoys hiking, camping, mountain biking and overland traveling. He has visited all 50 states and toured more than 25 national parks and national monuments. Spillman’s passion for local business and culture stems from his experiences as a traveler, seeking out the local establishments of small-town America in order to fully understand and experience their identity. He adheres to the belief that there is no such thing as flyover country. 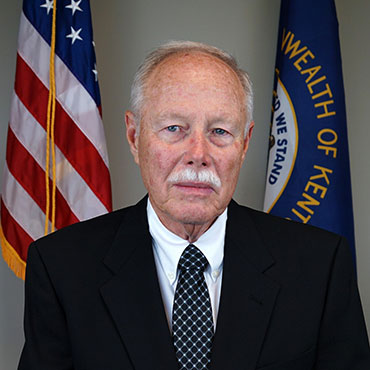 Ron Pfaff was born in Oak Ridge, Tennessee, and grew up in Corbin, Kentucky. He received his bachelor of arts degree in civil engineering from the University of Kentucky in 1968 and worked as an area manager for Hinkle Contracting Company for the next 10 years. Pfaff was part-owner and vice president of highway construction company Kay & Kay Contracting LLC for more than 30 years. Pfaff has constructed and owned hotels in Richmond, Danville and Somerset, and has owned and developed land in Boyle and Madison counties.

Pfaff is an officer of the Kentucky Association of Highway Contractors and serves on the board of directors for the Kentucky Ready-Mixed Concrete Association. He proudly served in the Kentucky National Guard and received an honorable discharge.

Pfaff has lived in Pulaski County for nearly 40 years. He is married to Donna Kay Padgett Pfaff. Together they have one daughter, Shannon (Jeff) Hopper, and two grandsons, Deensam and Sam. 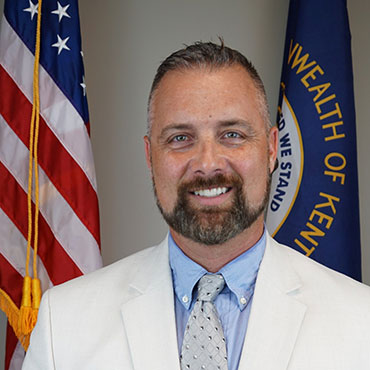 Jeremy Bartley was born and raised in the heart of coal country in Virgie, a small town in Pike County. A graduate of Shelby Valley High School, Bartley received his bachelor of arts in philosophy at Eastern Kentucky University and Juris Doctor at the Chase School of Law at Northern Kentucky University. A Governor’s Scholar, honors program student, and member of the Law Review, Bartley was a successful and dedicated student. During school breaks, Bartley worked in the coal industry for the same companies his father served as controller, an experience that instilled in him the value of hard work and the reward of higher education.

After clerking for an insurance defense practitioner for three years during law school, Bartley began his own licensed practice as an insurance defense attorney in Louisville. Thereafter, he became an assistant to the Rockcastle County Attorney while maintaining a civil practice.

After moving to Somerset, Bartley began a full-time prosecutor post with the Commonwealth Attorney, Eddy Montgomery, where he stayed for more than a decade. Seeking to reenter the civil legal realm, Bartley joined Southern Petroleum Inc. in 2012 as in-house counsel while continuing to serve part-time as an assistant state prosecutor. In 2013, Bartley founded the Law Office of Jeremy A. Bartley, PSC, maintaining a small civil clientele while continuing his in-house and prosecutorial duties. When Southern Petroleum merged with Carey Oil in 2017, Bartley re-opened his law practice as a traditional practice, focusing on auto and large truck accidents, business law, real estate and family law.

Bartley has two children, Kayleigh and Jakob. He is active in youth sports, an avid workout enthusiast and a dedicated University of Kentucky sports fan.