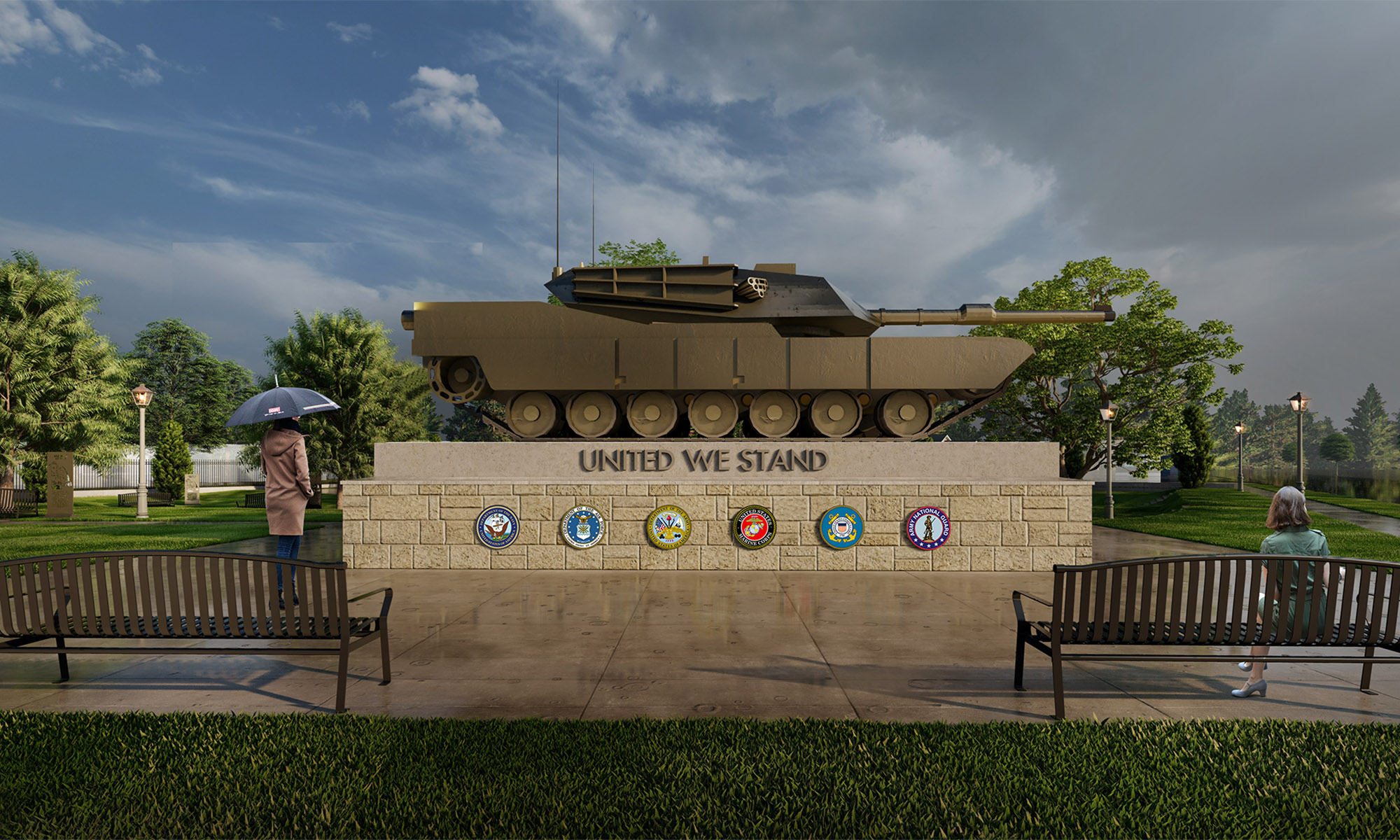 The star feature of the veterans' park in downtown Somerset is a military tank that will sit atop a platform that says "United We Stand."

The Somerset-Pulaski Economic Development Authority (SPEDA) President & CEO is issuing a challenge that supports veterans in more ways than one.

On Friday, Jan. 22, Chris Girdler launched a local 22 Push-up Challenge — 22 push-ups for 22 days to bring awareness to the staggering statistic that 22 veterans a day commit suicide. The nationwide challenge, which first gained traction in 2016, calls for people to video themselves completing 22 push-ups, share it on social media and challenge three others to participate. Several actors and pro athletes, including Dwayne ‘The Rock’ Johnson, John Krasinski, Chris Pratt, Chris Evans and Scott Eastwood, have participated.

SPEDA’s challenge adds a new twist — in addition to raising awareness about veteran suicide prevention, Girdler is asking those who take part to also donate $22 to the SPEDA Community Foundation to help raise money for a veterans’ park being planned in downtown Somerset. In his video posted to SPEDA’s Facebook page Jan. 22, Girdler challenged Somerset Mayor Alan Keck, Pulaski County Magistrate Jason Turpen, Somerset Independent Schools Superintendent Kyle Lively and University of Kentucky basketball standout Reggie Hanson to participate, and is hoping the movement catches on in the community.

“We all know that Somerset and Pulaski County is such a patriotic community, and we all have such reverence and respect and appreciation for our men and women in uniform and all of those who have served in our armed forces,” Girdler said in his video.

Plans for the veterans’ park — which will be located on property at the corner of Oak and Main streets downtown recently purchased by the City of Somerset — are well underway. Detailed architectural renderings show the park’s star attraction, a military tank set atop a platform adorned with the words “United We Stand,” which will honor all branches of military service. Girdler said SPEDA is working directly with the offices of U.S. Sen. Mitch McConnell and U.S. Rep. Hal Rogers to apply for and obtain the tank through the military surplus division.

Another highlight of the park is a reflection area that features a Gold Star Families Memorial Monument. These monuments, established in partnership with the Woody Williams Foundation, can be found across the United States. Gold Star Family members and relatives are those who have lost a loved one during his or her service to the U.S. armed forces.

“Gold Star Families monuments honor the legacy of those who have paid the ultimate sacrifice and I am so proud to be partnering with the Woody Williams Foundation to bring one to Pulaski County,” Girdler said.

In addition to the Gold Star Families Memorial, the veterans’ park will feature structures that pay tribute to local veterans who achieved success through their service. They will include four-star Gen. Jack Gregory, Triple Ace fighter pilot Vermont Garrison, and Rosie the Riveter.

Girdler said there will also be an area where community members who want to pay tribute to military family members or friends can have their names engraved into a walkway at the park.

Fundraising for the park began in earnest in October 2020, as all proceeds from ticket sales to SPEDA’s Whiskey & War Stories luncheon and an auction at a private event — both of which honored the founders of Somerset-Pulaski County’s future Horse Soldier Bourbon distillery — were donated to the effort. More than $30,000 has been raised so far.

“But we need just a little bit more in order to properly recognize our veterans and armed service members in the way that we feel is needed and is deserving,” Girdler said.

Girdler encouraged any resident or business interested in contributing to the effort to make a donation via the SPEDA Community Foundation online, or to contact him at (606) 425-5409 or chris@speda.org. Details about sponsorships will be released in the future as final plans for the park are unveiled.