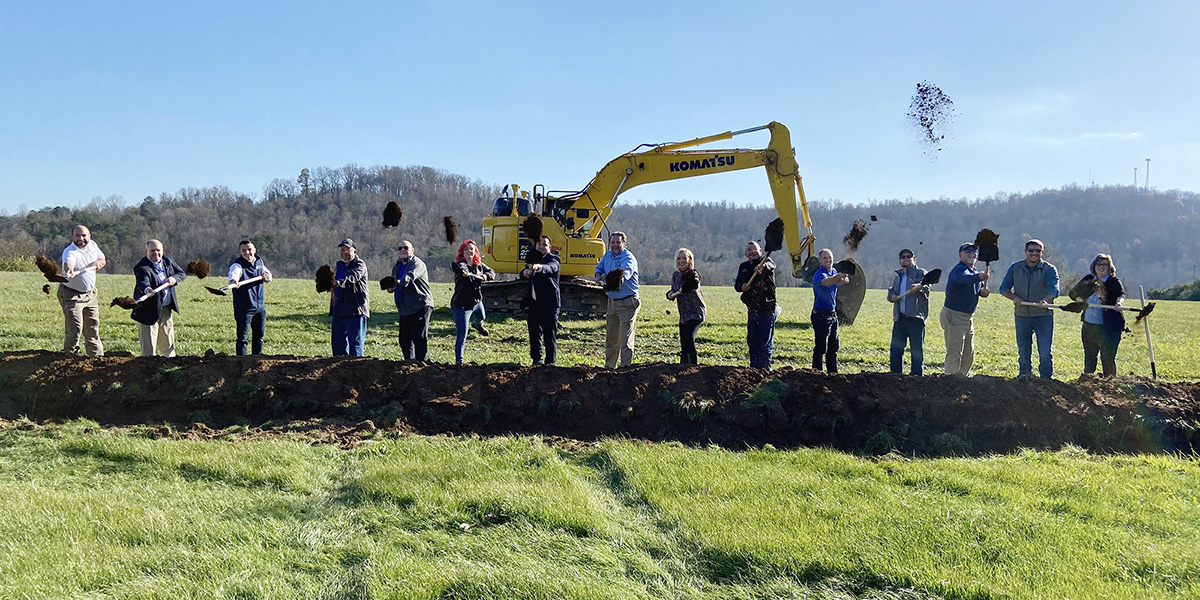 The tract, located at 2000 Barnesburg Road in Somerset, adds to the growing list of sites certified by the Kentucky Cabinet for Economic Development and available statewide for companies looking to quickly begin construction and start operation as soon as possible.

“Part of the reason we continue to see unprecedented economic momentum throughout the state is because we are being proactive in making Kentucky a destination for quality companies to expand and relocate,” Gov. Beshear said. “The site selection process is an area that we have invested heavily in, and the increase in Build-Ready sites is a direct result of that. These sites give Kentucky a competitive advantage for companies looking to begin operation more quickly and efficiently, which creates well-paying jobs for local residents. I look forward to the future success of this site and the business it brings.”

The new site will include a 100,000-square-foot building pad on 22 acres and will be zoned and developed for industrial use. The property sits parallel to Kentucky Highway 80, which is a designated truck network road. The site also is located just 25 miles from Exit 41 of Interstate Highway 75.

Additional utilities include electricity and a 6-inch gas line along the north side of Barnesburg Road, as well as a 6-inch sewer line that serves the site. The property also includes availability of 6-, 8- and 16-inch waterlines with an excess water capacity of over 5 million gallons per day.

Somerset Mayor Alan Keck said he is excited about the growth the new site will bring to the community.

“The momentum in our community continues to accelerate,” Mayor Keck said. “Providing Build-Ready sites to enhance new business investment is another important step in our holistic economic development strategy, one that is centered around quality of life and quality of place. I’m grateful to SPEDA, the Kentucky Cabinet for Economic Development and other partnering organizations for the work they’ve put into making SPEDA Commerce Park a certified Build-Ready development.”

Chris Girdler, president and CEO of SPEDA, said he is thrilled to add another site-selection resource to the area.

“In Somerset and Pulaski County, we will work tirelessly to utilize every tool in the toolbox and being a certified Build-Ready site is one of the tools we are excited to say we are using,” Girdler said. “I greatly appreciate the work of our engineering and contracting team, along with the Cabinet for Economic Development assisting us on this project, and we look forward to making the remainder of the SPEDA Commerce Park a Build-Ready location as well.”

With a Build-Ready site, much of the work – aside from construction – has already been completed. That includes controlling the land to be developed, completing archaeological, environmental and geotechnical studies, constructing a building pad, finishing preliminary design work, obtaining approved site plan permits and putting necessary infrastructure in place. On a Build-Ready site, construction can begin immediately.

To be Build-Ready certified, a site must include a pad ready to accommodate a building of 50,000 square feet with the ability to expand to 100,000 square feet or more – and utilities extending to the site’s edge. Applicants – usually a city, county or economic development group – must have previously filed the necessary permits, as well as preliminary building plans, cost estimates and schedule projections. Applicants also are asked to provide a rendering of a potential building for the site.

Including the new site in Somerset, the commonwealth is home to nearly 20 Build-Ready sites. Multiple other locations across the state are currently working toward certification.

To date, six former Build-Ready-certified sites, including tracts located in Graves and Laurel counties and four sites in Warren County, have been selected by companies for new location projects, allowing companies to bring their operations online in a cost-efficient manner while creating jobs for local Kentuckians.

This new site furthers recent economic momentum in the commonwealth, as the state builds back stronger from the effects of the pandemic.

In 2021, the commonwealth shattered every economic development record in the books. Private-sector new-location and expansion announcements included a record $11.2 billion in total planned investment and commitments to create a record 18,000-plus full-time jobs across the coming years. Kentucky’s average incentivized hourly wage for projects statewide in 2021 was $24 before benefits, a 9.4% increase over the previous year.

In the past year, the Beshear administration announced the two largest economic development projects in state history. In September 2021, Gov. Beshear and leaders from Ford Motor Co. and SK Innovation celebrated a transformative $5.8 billion investment that will create 5,000 jobs in Hardin County. And in April of this year, the Governor was joined by leadership at Envision AESC to announce a $2 billion investment that will create 2,000 jobs in Warren County. These announcements solidify Kentucky as the EV battery production capital of the United States.

The economic momentum has carried strongly into 2022, with both S&P Global Ratings and Fitch Ratings upgrading Kentucky’s financial outlook to positive in recognition of the commonwealth’s surging economy.

And Site Selection magazine placed Kentucky at 6th in its annual Prosperity Cup rankings for 2022, which recognizes state-level economic success based on capital investments.

Kentucky has posted record low unemployment rates for four consecutive months, falling from 3.9% in April to 3.8% in May and 3.7% in both June and July.

In July, the Governor reported the highest annual growth rate in 31 years. And for the second year in a row, Kentucky’s General Fund budget surplus has exceeded $1 billion. Also in July, Gov. Beshear reported that the state’s Rainy Day fund is up to a record balance of $2.7 billion, significantly higher than the $129 million balance the fund had when the Governor took office.

For more information on Build-Ready sites in Kentucky, visit CED.ky.gov/BuildReady.

A detailed community profile for Pulaski County can be viewed here.