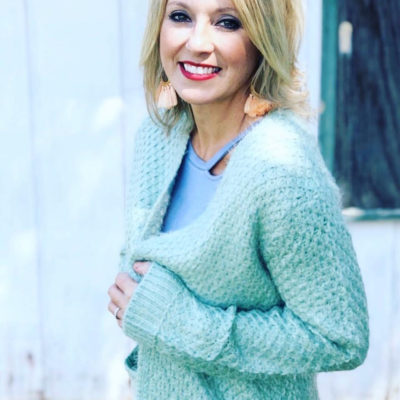 Building on her years of service with the organization, Pulaski County resident Farrah Dobbs has been selected as the inaugural sales director for the Young Entrepreneurs Academy (YEA!) program.

The YEA! program is a 24-week course that transforms local middle and high school students into confident entrepreneurs. Sponsored locally by the Somerset-Pulaski County Chamber of Commerce, students in grades 7-12 compete in a Shark Tank-like environment, learning from local business owners and educators about how to create their own ideas and business platforms and eventually managing their own businesses after the program ends. The winner of the local YEA! competition moves on to compete nationally in Rochester, N.Y.

The local chapter is in its eighth year and is the only program in the state of Kentucky.

Dobbs has served as a student mentor for the program and co-program manager. In her new role, headquartered at the Somerset-Pulaski Chamber, she will be involved with the company on a higher level by serving as sales director — meeting with other chambers of commerce and school systems to share the opportunity of purchasing their own YEA! franchise.

“I excitedly began with the very first YEA! class as a mentor, after meeting Delores Dalton, program manager, not knowing the sheer magnitude the program would have on our local students, our community, or myself,” Dobbs said. “I was so impressed by the program, I knew I needed to get more involved in year two. As luck would have it, that was the year I was appointed as co-program manager, and I have been with the YEA! program ever since.”

As part of the YEA! Experience, students learn to write a business plan, build a website, trademark their business, build a PowerPoint presentation, create a prototype, develop public speaking skills, learn soft skills, take dynamic field trips to niche businesses, file for their LLC, listen to local business guest lecturers, and learn how to develop and run a real enterprise in a fun, projects-based approach.

Dobbs said she hopes to help launch other YEA! programs around the state to encourage and support students regionally and nationally.

“Business and education initiatives inspire and empower our youth and the idea of their entrepreneurship not only nurtures, but also sparks spirit, and creates values that carry into adulthood,” Dobbs said.

Somerset-Pulaski Economic Development Authority (SPEDA) President and CEO Chris Girdler said he is proud that this community serves as the headquarters for Kentucky’s YEA! program.

“Farrah’s promotion to this crucial role, and YEA’s commitment to growing the program across the state from right here in Pulaski County, is reflective of the entrepreneurial spirit we are committed to promoting,” Girdler said.

Dobbs’s office is located at the Somerset-Pulaski County Chamber of Commerce. For more information, contact her at fdobbs@yeausa.org.