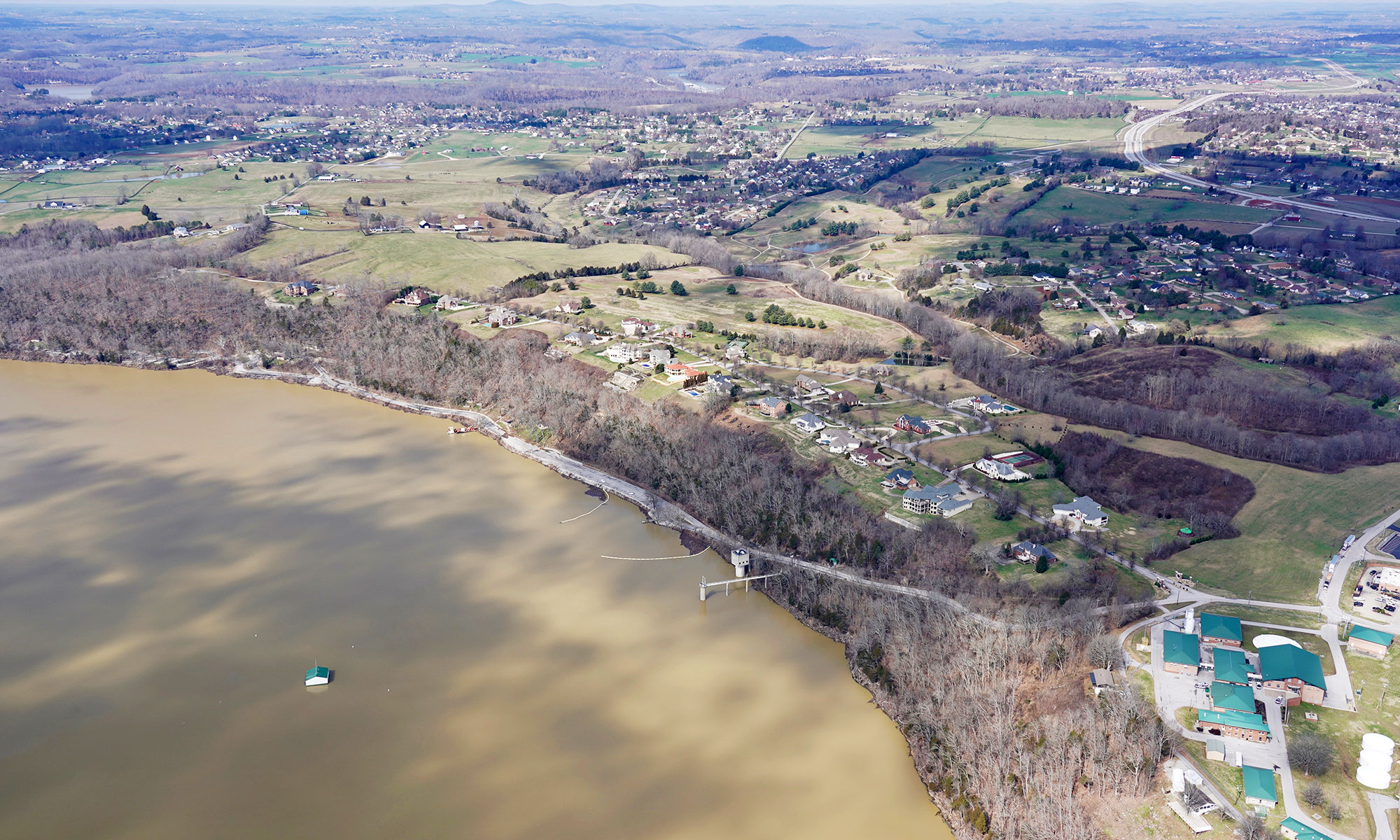 Photo by David Morris: Horse Soldier Bourbon’s Somerset distillery will be built at Waitsboro Hills, a 202-acre expanse of rolling hills that overlooks Lake Cumberland. The site has served as a golf course since 1991.

Plans for the project will be released in the coming months

One of Pulaski County’s most scenic properties, a 202-acre expanse of rolling hills overlooking Lake Cumberland, will be the home for Horse Soldier Bourbon’s Somerset distillery.

The founders of American Freedom Distillery, which produces Horse Soldier Bourbon, finalized the purchase of Waitsboro Hills Golf Course Feb. 13 and announced their plans to begin the first phase of their $50 million project at this location.

Located off of Slate Branch Road in southern Pulaski County, the property has served as an 18-hole golf course since 1991. Plans for the property will be released in the coming months, including at a Whiskey & War Stories event Horse Soldier Bourbon will host locally in the spring. Development renderings and further information about the project will be unveiled at that time.

SPEDA President and CEO Chris Girdler said he is excited about the potential the distillery brings to the Waitsboro Hills property.

“The Horse Soldier Bourbon team is an amazing addition to our community and the entire Lake Cumberland region,” Girdler said. “We are so grateful they chose Somerset and Pulaski County. The community will be astounded by the grand plans Horse Soldier has for this magnificent piece of property that will rival any Kentucky horse farm and have the added bonus of overlooking beautiful Lake Cumberland.”

“We understand both the importance of building a good team and the value of finding a place to call home – for us, this move represents both,” Koko said. “From the mountains of Afghanistan to the rolling hills of Kentucky, there’s one thing we’ve seen time and time again – you’re only as good as the company you keep. We look forward to dutifully working with the men and women of Somerset and Pulaski County – not only in the production of our award-winning bourbon but also in the design and development of a world-class experiential distillery that everyone can be proud of.”

Locating in Somerset and Pulaski County is a homecoming for the American Freedom Distillery founders, veterans who were members of the first U.S. Army Special Forces unit to enter Afghanistan following the Sept. 11, 2001 attacks. Many of them were stationed in Fort Campbell, Kentucky, during their service to the United States.

In the weeks following 9/11, that U.S. Army Special Forces unit entered Afghanistan on horseback. Their clandestine mission marked the first time U.S. troops rode to war on horseback since WWII. The hand-selected detachment of 12 Green Berets from the 5th Special Forces Group would later become known as the “Horse Soldiers.” The 2018 action war drama film 12 Strong is based on their story.

In 2011, a statue commemorating their historic mission — aptly titled “America’s Response” — was unveiled at Ground Zero, in New York City. Today, the bronze, mounted soldier serves as the symbol of Horse Soldier Bourbon.

On Jan. 30, bottles adorning the Horse Soldier Bourbon statue on the label were available in Somerset and across the state for purchase for the first time. Liquor stores locally sold out of their first shipment within hours.

Somerset Mayor Alan Keck said he is energized by the way community members are embracing Horse Soldier Bourbon and is excited to share with them how this project will unfold.

“This is another step on a historic journey,” Keck said. “The land acquisition allows the development plans to move forward quickly. This land will provide rolling hills, room for growth and of course mesmerizing views of scenic Lake Cumberland and the Appalachian landscape. Horse Soldier is committed to being great neighbors and I firmly believe once their plans evolve and are released the community will be as excited as I am.”

When elected in 2018, Keck made recruiting a bourbon distillery to the community one of his top priorities. Girdler commended Keck for his vision and passion, as it will provide a significant boost to local economic development. Horse Soldier Bourbon’s investment will add 56 direct jobs, pay dividends in long-term job creation, bolster tourism, enhance quality of life and place, and will put Somerset on the map for worldwide travelers visiting the Kentucky Bourbon Trail, he said.

“The Horse Soldier Bourbon team is a serendipitous match for our community and the region,” Girdler said. “I look forward to seeing their vision for a bourbon experience on Lake Cumberland come to life on the Waitsboro Hills property.”